Blurbs. Dig around enough in authorly chats and you’ll see that they are an artisanal spring of anxiety and embarrassment for all parties. For the author, having to ask feels a lot like groveling. For the blurber, the potential of being asked to blurb a book that you may end up feeling somewhat blah about is probably terrifying. I had heard so much about the embarrassment of asking other authors for blurbs that I approached the whole thing with a low level sense of dread. Who was I going to ask? Would Jonathan Franzen actually say yes? What about E.M. Forster? Dead, you say? Crap.

Here’s what made it a little easier: after spending some time in book circles online, I found that I did, in fact, know a few people who a) write things in a similar vein to my contemporary middle grade debut, b) had had some kind of interaction/relationship with me previously, c) seemed quite nice and approachable, and d) *super important* whose books I also enjoyed. The point of a blurb isn’t just the words the blurber uses, it’s the association their name makes within the mind of the potential reader: If I like Writer X, I might like this Donnelly person, too.

I’m happy to share two blurbs I’ve received for HOW TO STAGE A CATASTROPHE, from the wonderful middle grade writers Megan Frazer Blakemore and Casey Lyall. (Now that I think about it, they’re also both librarians–selectivity bias on my part, I guess!) 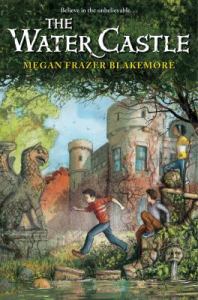 Donnelly grips readers from the first sentence with Sidney Camazzola’s lively, distinctive, and — most of all — funny voice. This debut novel offers action, drama, and mystery in a page-turning adventure worthy of the stage.–Megan Frazer Blakemore, author of THE WATER CASTLE and THE FIREFLY CODE
To read or not to read…is not even a question when it comes to How 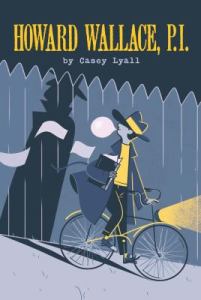 to Stage a Catastrophe. Enjoy your front row seat as Sidney Camazzola and his quirky cast put on the show of a lifetime. Funny and sweet – this Catastrophe’s a hit!–Casey Lyall, author of HOWARD WALLACE, P.I.
Loading Comments...
Comment
×